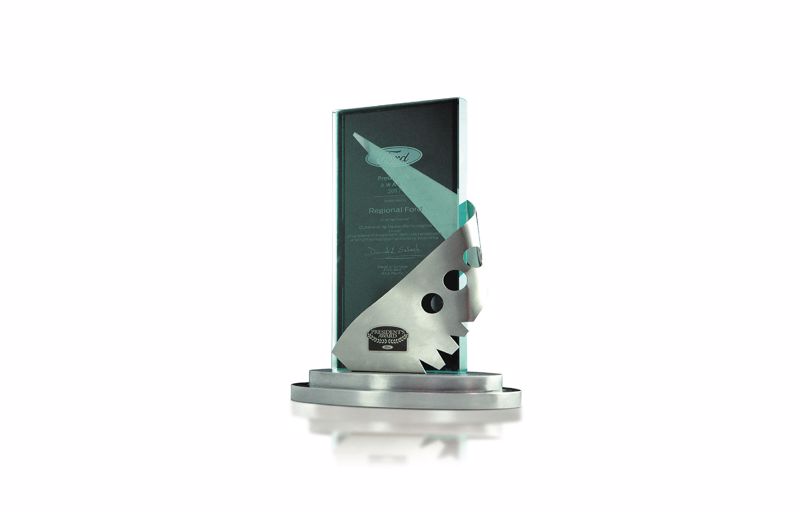 Once again, Regional Ford Limited has been awarded the president’s award for outstanding vehicle sales and customer satisfaction for 2016.  Dealer principal Nathan Abernethy said it was truly a real honour to win the highest award from Ford Motor Company, making Regional Ford Southland and Otago’s most awarded Ford dealer.  “Regional Ford are made up of 25 staff between two locations, being Gore and Balclutha, selling new Ford vehicles and a huge range of quality used vehicles,”

Mr Abernethy said.  The company also had full workshops at both locations and a full parts department, as well as vehicle grooming and paint chip repairs, he said.  “Regional Ford Balclutha are also Bridgestone Firestone agents, looking after South Otago’s tyre requirements.”  This year Regional Ford was celebrating its 28th year is business, owned and operated by the Abernethy family.  “The Ford President’s Award is Ford’s highest award and only very few get awarded it in one year.  Regional Ford are multiple award winners over the past years and continue to strive to achieve this award into the future,” he said.  Regional Ford has been operating since 1989.